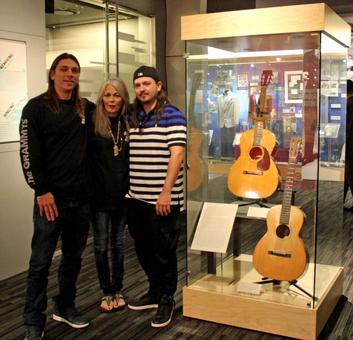 The Grammy After Party 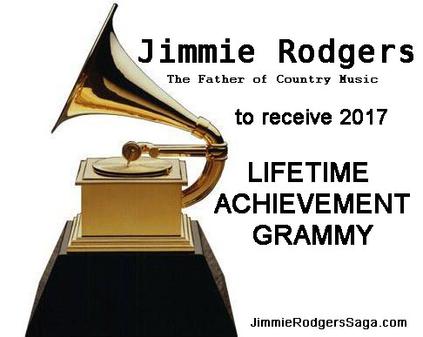 Got to run into Mark O'Connor a few times during the Grammy weekend.  Mark and his beautiful wife is at the Grammy After party with his winning the Best Bluegrass Album: O'Connor Band With Mark O'Connor, Coming Home 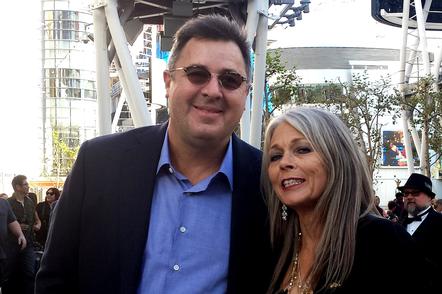 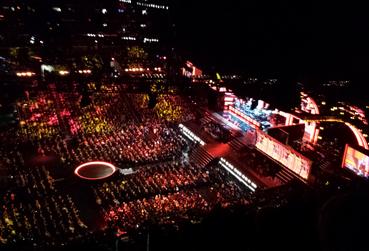 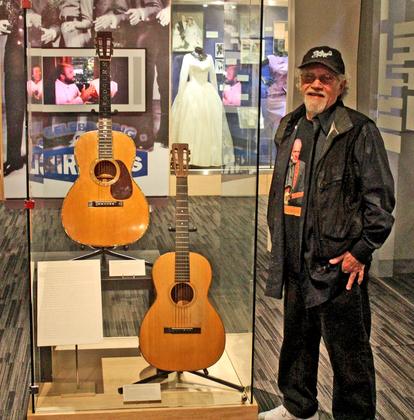 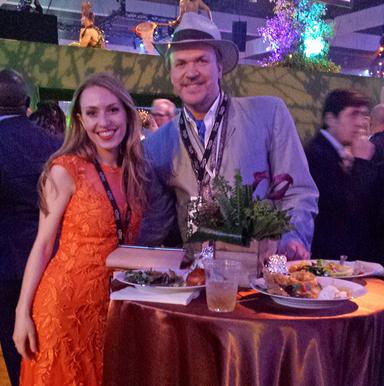 After the many years working on the Jimmie Rodgers Saga, I was in hog heaven at the 59th Grammy Awards

in Los Angeles this Feb. 2017, as a guest of the Jimmie Rodgers Legacy, and Karen Court, and her two sons Austin and James Court, the Great Grandsons of Jimmie Rodgers.  I knew their dad, Jimmie Dale Court,

and we were working together on a movie on JR.  Love that on Jimmie Dale's stationary it had, "The son of the daughter of the Father of Country Music." 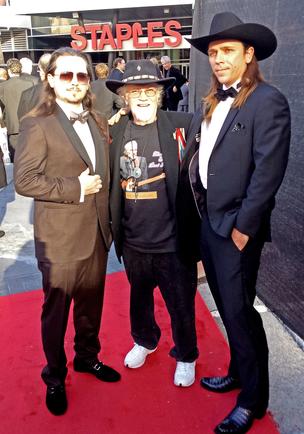 and working to produce a documentary on these two brothers' Great Grandfather.

The story of these two historic Martin Guitars and how they arrived here at the Grammy Museum the day the 59th Annual Grammy Awards started is a great tale to be told, and I was so happy to not only be part of this historic happening, but to also be there for when Jimmie Rodgers is honored and brought roaring down the track receiving the 2017 LIFETIME ACHIEVEMENT GRAMMY.  Got to say that I shed a tear standing by these two guitars wishing  I could tell the story to my pal Merle Haggard and have him play these guitars.

​On the bottom right is Jimmie's Martin 00-18 Known as "The Bristol" in that this was the guitar he played in the 1927 Bristol recording session where he was discovered by Ralph Peer, who was working for Victor Talking Machines.  On the top left is Jimmie's Martin 00-45 known as "The Blue Yodel" and was his favorite guitar.  He played it in many shows and recording sessions.  On the back it said THANKS, so he could convey that to his audience.  And, as a historic side note on the 00-45, after Jimmie passed away in 1933, his wife loaned the guitar to Earnest Tubb and he toured and recorded with it for 40 years.​

When I heard the news that not only was Jimmie Rodgers receiving a Grammy, but that Ralph Peer, who discovered JR was receiving the TRUSTEE GRAMMY, I knew that the Jimmie Rodgers Train was coming down the track right into the modern day era, and there was never a better time to take his story to the world via the Saga I had been working on for some 20 years, was going to be released this same year...

And to top that off Ralph Peer, Jr. invited me and the Court family to a very special dinner and toasts to the two families 92 year history working together , and that they were both getting Grammy Awards the same year made it such a special occasion for us all.

Jimmie Rodgers, the Singing Brakeman is due the honor as many in the music business know for a fact, and Ralph Peer was music history himself.

The Court Family and myself attended all the Grammy functions to the very special after noon Grammy presentations and then the Grammy Awards at the Staples Center and the Grammy After Party at the LA Convention Center where thousands drank, dance and ate on into the early morning... Great to see Sturgill Simpson take home a Grammy as did Vince Gill, who we got to have some time chatting about the Jimmie Rodgers Martin guitars at the Museum. 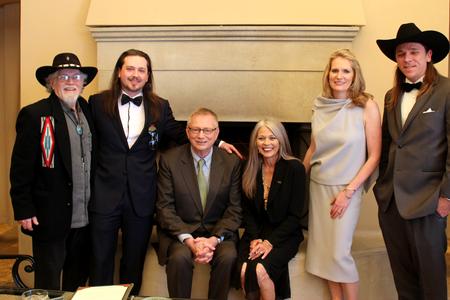