As director/producer of the JIMMIE RODGERS SAGA , I am proud to have such a great team which includes Austin and James Court, two of the Great Grandkids of Jimmie Rodgers and born of Jimmie Dale Court, who was the Grandson of Jimmie and a good friend of mine.  I dedicate this movie to him, and my dear friend and partner Merle Haggard.  Merle and I  decided together to dedicate this movie to Runaway kids in the USA, in that he and Jimmie were Runaways and I had worked on the issue Nationally for many years.  It is one of the things we talked about the last time I was with him at the​ last show he ever performed in his life.  I am also going to use funds from the film and the book to get Haggard a star on the Hollywood Walk of Fame.

This is the very last picture taken of Merle Haggard, and was

Jimmie is the only entertainer ever to garnish the inductions into the Rock, Country, Grammy, Blues,
and Songwriter Halls of Fame.  Add to these being awarded the W.C. Handy Blues Award.  In 2017 he was given the Grammy Lifetime Achievement Award, and was the 1st entertainer on a commemorative postage stamp.   A railroad man and a musician he was known as THE SINGING BRAKEMAN and THE FATHER OF COUNTRY MUSIC.  On his plaque at the Country Music Hall of Fame it says "THE MAN THAT STARTED IT ALL."

Jimmie Rodgers' life is about trains, music and dreams...The documentary series on Jimmie Rodgers
has begun on this website and will take you on a wild west runaway train ride from 1897, when

Jimmie was born and through a dozen years working with my partner and friend Merle Haggard.

Django & Jimmie and we have the tour

A collaborative album that's dedicated to Django Reinhardt and Jimmie Rodgers.  The song and album allows Nelson and Haggard to salute two major influences: Gypsy jazz guitarist Django Reinhardt and the man known as "The Father of Country Music," Jimmie Rodgers.  The chorus acknowledges their admiration for other key musical figures, including Hank Williams, Lefty Frizzell, Bob Wills, Ernest Tubb and Cash, but concludes that "there might not have been a Merle or a Willie, if not for Django and Jimmie."  "It's a natural for me and Merle Nelson said.  "He's a huge Jimmie Rodgers fan--so am I-- and Django is my all-time favorite guitar player." 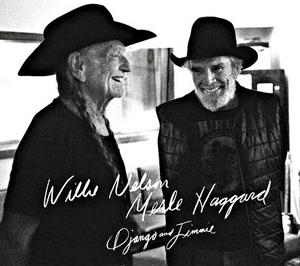 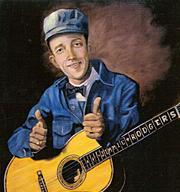 The man That Started it all

"Jimmie Rodgers, of course, is one of the guiding light of the 20th Century whose way with song has always been an inspiration to those of us who have followed the path... A blazing star whose sound was and remains the raw essence of individuality in a 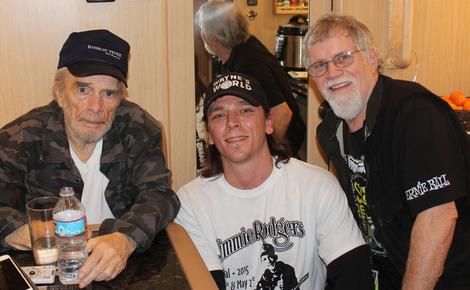 While I'm writing Chronical Two and Three of my Memoir of a dozen years working with my friend and partner Merle Haggard I'm releasing Volume One the JIMMIE RODGERS SAGA eBook and paperback the Fall of this year via Amazon Kindle to set the stage for the release of the JR Saga film series and the Hag book and film late Fall and/or early 2013.   All aboard!

crossroads of for the staged release over the next two years .  I

Jimmie Rodgers, who was the reason Merle and I met and worked together knowing how important the Saga is to anyone interested in the music history of this country and the world. 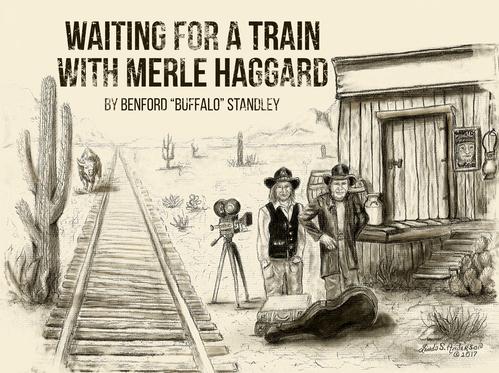 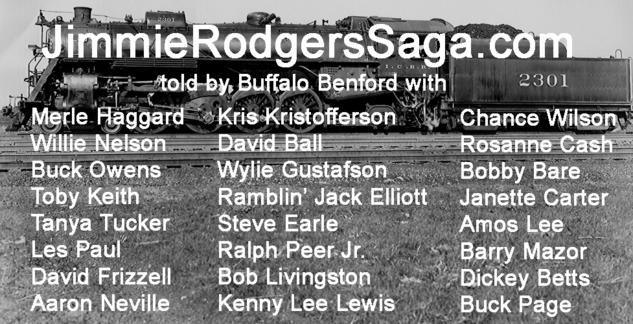 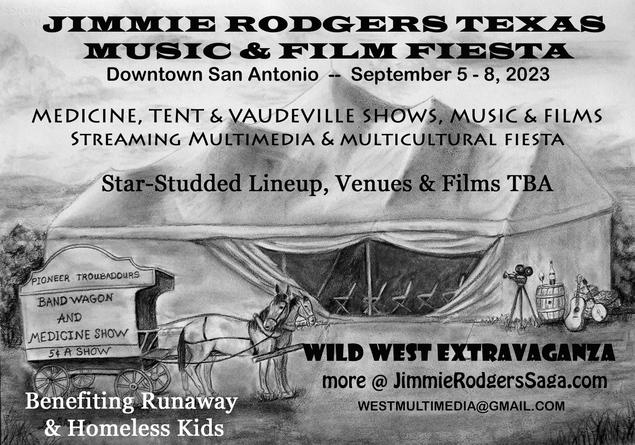 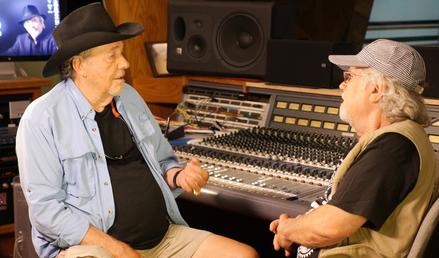 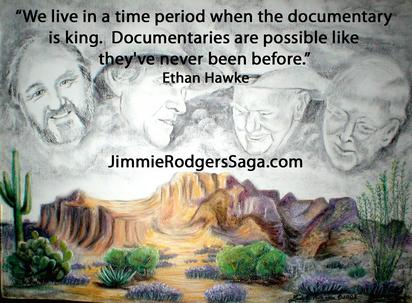 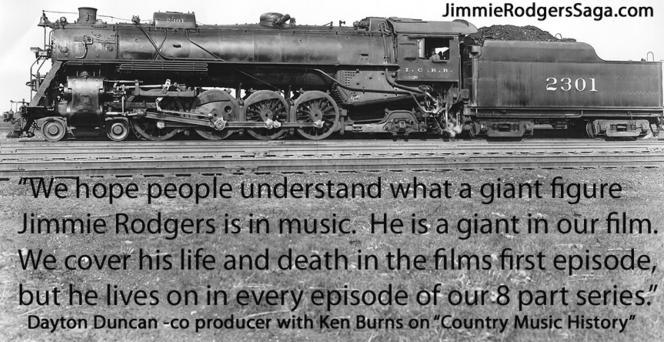