Dream and brainstorm with us to create a one of kind

Scroll down our DreamScape ie StoryBoard

The 3-day event will be a Fiesta of music, films, books, panel discussions,

food and spirits, with special Music and Film Awards...a Multiplatform and

of the State of Texas.  With a cast of artist from across the miles and miles

of Texas and a few guest to be part of what we plan to be a National Fiesta.

JUMP ON BOARD AND HELP US BRAIN STORM...DREAM UP
AND CREATE THE BEGINNING OF A FUN AND EDUCATIONAL
EVENT FOR THE ENTIRE FAMILY AND GIVE REGARDS TO
THE MANY TEXAS MUSICIANS AND PLAYERS THAT HAVE
MADE THEIR MARK IN A WIDE RANGE OF MUSIC STYLES.

that are helping to lessen the tragedy of homeless, runaway, missing and

abused children and youth.  Visit them and donate and volunteer.

ELLA AUSTIN COMMUNITY CENTER
Help with early childhood, youth services while promoting healthy life styles, leadership skills, and self sufficiency to kids in San Antonio.  Amazing that this organization was one of the organizations in 1929 that the grand opening of the Majestic Theater was to support and here in 2022 they are still active.  Far Out!

ROY MASS YOUTH ALTERNATIVE
Where they are restoring hope one child at a time...An emergency shelter service and 24 hour drop in center, long term residential center, transitional living program and family counseling. RMYA's goal is to create brighter futures for kids in crisis by promoting success in a healthy living in a safe, healing environment and giving kids and the families the tools to end the cycle of abuses

Originally called Peace of Mind in 1973 and operating still today.  Producer of the Jimmie Rodgers Fiesta has a special relationship with the program since those days for the 50 years the program has been in existence. 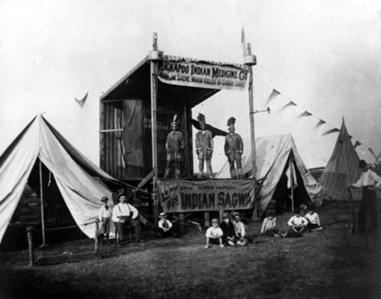 Theater with a digital century twist, cow-chips to computer chips vaudeville style extravaganza combined with the premiere of the Jimmie Rodgers Saga  "talkie" in Hollywood dialect "It's a medicine show meets rag opera tent show & movie premiere in a vaudeville theater staging...where a snake doctor brings out his troupe of vaudevillians to gather him a crowd, being our audience, and they're transported to a Hollywood red carpet movie released of at Bio-musical play  and documentary film during the Jimmie Rodgers Texas Music & Film Fiesta.

Nine decades ago in 1929 all seats for the grand opening of the Majestic Theater were reserved and ticket prices ranged from $2-$10. The headline act was "The Singin Brakeman" himself Jimmie Rodgers, who had hit the top of the Hillbilly Charts with his million seller "T For Texas" at the time he was one of the biggest radio and record stars in America and on RCA Victor was not a bad train to ride.  There were live performances by banjoist Mexican Troubadour Don Galvan, aka Banjo Boy, acrobatic group called the Seven Nelsons, Eddie Sauer and his jazz band called the Syncopators, comedians Morton and Stou8t, the Shaw-Carroll Dance Revue, Harrington Sisters, "Rays of Sunshine" and few other local acts.

The Proceeds were donated to the Ella Austin Orphans Home and the Children’s Hospital fund of SA Junior League, and 91 years later both organizations are still active in San Antonio helping children. The night featured the moving picture show Follies of 1929 by Fox Movietime, one of the early films that William Fox produced with Multicolor sequences and filmed in the experimental Grandeur wide-screen.  These were the times that the "talkies" were presented the same night with the vaudeville shows as this form of entertainment was going the way of the medicine shows.

The Majestic Theater was a theater chain part of RCA Victor and RKO RadioPictures Vaudeville Shows aka the Radio-Keith-Orpheum Interstate Circuit that had originated with deals with David Sarnoff of RCA Victor/NBC and Joseph Kennedy. The Majestic was compared to the Fox in Atlanta and the Paramount on Broadway in New York.  The opening night of the 4 day run was a very formal night with the Texas Governor and a number of dignitaries.  It was a big night for Jimmie, for he was a local boy with his suite at the Gunter Hotel across the street and house in Kerrville, Texas and received 18 curtain calls as reported in the local news papers. 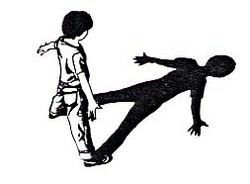 ​From 1953, and for the next number of years Carrie

and Anita Rodgers would travel from San Antonio to

Festival and traveled there on a number of occasions 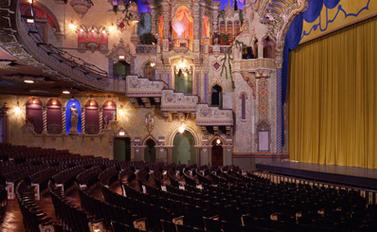 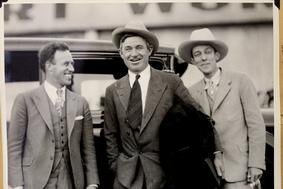 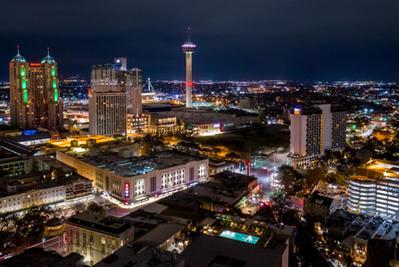 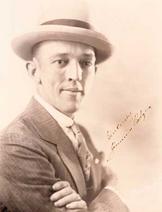 From 1929, till hepassed away Jimmie Rodgers would have

a suite at the famous Gunter Hotel on Houston Street

The Hotel was built in 1909, the historic hotel's roots date back to the first year of the Republic of
Texas. In 1837, at the corner there had been a old Frontier Hotel and the location was stop when
the stage coach came in town.  There is a long and exciting history to the landmark and it's
known that Jimmie Rodgers, actor/writer/ humorist Will Rogers, Mary Pickford, Mae West, and
cowboy film stars Tom Mix, Roy Rogers, John Wayne and Gene Autry stayed at the hotel, with
Will and Jimmie having suites there.  Jimmie bought a house in Kerrville in 1929, yet he was
spending most of his time in San Antonio where he was doing a radio show at KMAC, and living
in his suite at the Gunter Hotel, and bought a house in Alamo Heights.  In 1931, when Jimmie
Rodgers and Will Rodgers began their historic tour to raise money for the Red Cross they had
a huge send off party at the Gunter Hotel's Crystal Ballroom with the Mayor and the who's who
of San Antonio.  The tour is known to have saved the Red Cross from bankruptcy due to the
Depression and the Dust Bowl days, the situation that set the California migration in motion.

Blues singer Robert Johnson who was a big fan of Jimmie Rodgers and played many of his
songs, considered him a music influence and would end up in room # 414 for the first of the
only two recording sessions he would ever record in that room on November 23, 1936, some 3
years after Jimmie's death.  A talent scout had arranged the session with Don Law who had
produced Lefty Frizzell's 1951 tribute album to Jimmie Rodgers.  Johnson recorded 16 songs
that session and later Law would produce the Bob Wills recording "San Antonio Rose." 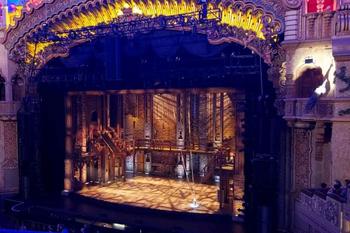 We are excited to announce that Steven Johnson, Robert

Johnson's grandson is to be part of the celebration, and

we plan to team up with the San Antonio Blues Society

to make this a big part of the Jimmie Rodgers Texas

Music Festival, blues band and all... 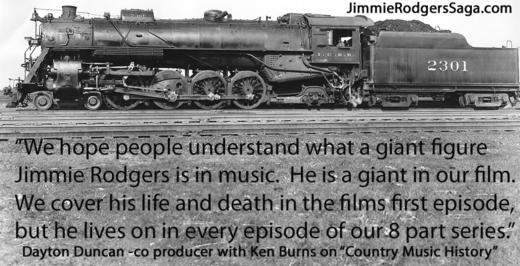 With percentage of the proceeds going

to help Runaway Children & Youth
The movie and the production is dedicated to Jimmie Rodgers and my pal Merle Haggard, plus the millions of runaway, homeless and missing children in these United States...Merle and Jimmie were both runaway kids
Standley has written 3 books on the subject. 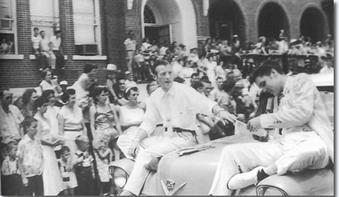 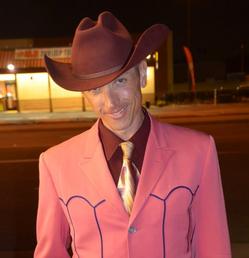 IF YOU'D LIKE TO PERFORM OR  HAVE A DOWNTOWN LOCATION
AND/OR WOULD LIKE TO BE PART OF THE FIESTA, AS VOLUNTEER,
EXTRA IN THE MOVIE, ON STAFF, OR A SPONSOR...contact us below

We want to not only celebrate the music of Jimmie Rodgers each year, but celebrate the cross section of who he'd became during the last 5 years of his life in Texas. The range of influence in music has inducted into the Blues, Country, Rock, Grammy & Songwriter Halls of Fame, and at the same time the rich heritage, the diversity and wide range

of music styles born of the State of Texas from the Mexican, Blues, Tejano, Western, Country to the Austin Cosmic Cowboy Outlaw, Gonzo Armadillo music scene. from  rocker Steve Miller from Dallas, Buddy Holly from Lubbock, Bob Wills from Kosse,

Angelo, Guy Clark from Monahans, Willie Nelson from Abbott, Roy Orbison from Odessa, Lefty Frizzell from Corsicana, Gene Austin from Gainesville and on and on across the miles and miles of Texas. 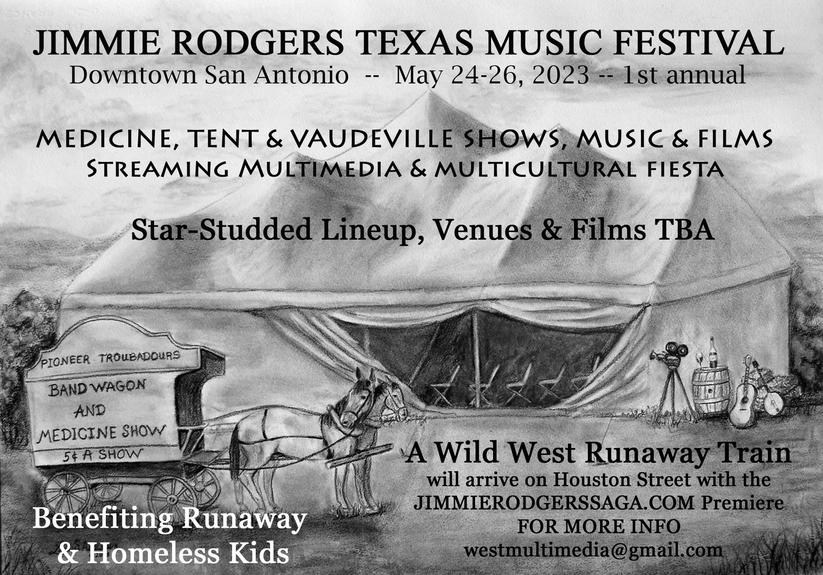 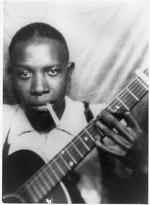 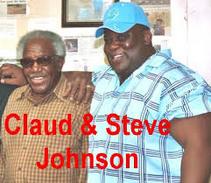 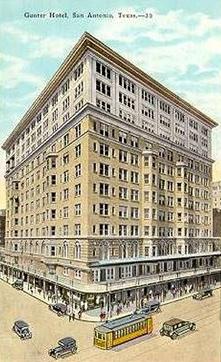